We were discussing the effect of cold water on the face before a dive and how it in turn affects the body and I decided to read up some more on the topic. I found the following description on the net and there are some interesting related threads that I'll post as a follow-up. Interestingly, one positive aspect of diving in our colder Cape waters is that temperatures of under 21°C trigger the reflex.
The mammalian diving reflex optimizes respiration which allows mammals to stay underwater for a long time. It is exhibited strongly in aquatic mammals (seals, otters, dolphins, etc.), but exists in a weaker version in other mammals, including humans. Diving birds, such as penguins, have a similar diving reflex. Every animal's diving reflex is triggered specifically by cold water contacting the face – water that is warmer than 21°C (70 °F) does not cause the reflex, and neither does submersion of body parts other than the face. Also, the reflex is always exhibited more dramatically, and thus can grant longer survival, in young individuals.
Effect
Upon initiation of the reflex, three changes happen to the body, in this order:
Bradycardia is the first response to submersion. Immediately upon facial contact with cold water, the human heart rate slows down ten to twenty-five percent. Seals experience changes that are even more dramatic, going from about 125 beats per minute to as low as 10 on an extended dive. Slowing the heart rate lessens the need for bloodstream oxygen, leaving more to be used by other organs.
Next, peripheral vasoconstriction sets in. When under high pressure induced by deep diving, capillaries in the extremities start closing off, stopping blood circulation to those areas. Note that vasoconstriction usually applies to arterioles, but in this case is completely an effect of the capillaries. Toes and fingers close off first, then hands and feet, and ultimately arms and legs stop allowing blood circulation, leaving more blood for use by the heart and brain. Human musculature accounts for only 12% of the body's total oxygen storage, and the body's muscles tend to suffer cramping during this phase. Aquatic mammals have as much as 25 to 30% of their oxygen storage in muscle, and thus they can keep working long after capillary blood supply is stopped.
Finally is the blood shift that occurs only during very deep dives. When this happens, organ and circulatory walls allow plasma/water to pass freely throughout the thoracic cavity, so its pressure stays constant and the organs aren't crushed. In this stage, the lungs' alveoli fill up with blood plasma, which is reabsorbed when the animal leaves the pressurized environment. This stage of the diving reflex has been observed in humans (such as world champion freediver Martin Štěpánek) during extremely deep (over 90 metres) freedives.
Thus, both a conscious and an unconscious person can survive longer without oxygen under water than in a comparable situation on dry land. Children tend to survive longer than adults when deprived of oxygen underwater. The exact mechanism for this effect has been debated and may be a result of brain cooling similar to the protective effects seen in patients treated with deep hypothermia.
When the face is submerged, receptors that are sensitive to water within the nasal cavity and other areas of the face supplied by cranial nerve V (trigeminal) relay the information to the brain and then innervate cranial nerve X, which is part of the autonomic nervous system. This causes bradycardia and peripheral vasoconstriction. Blood is removed from the limbs and all organs but the heart and the brain, creating a heart-brain circuit and allowing the mammal to conserve oxygen.
In humans, the mammalian diving reflex is not induced when limbs are introduced to cold water. Mild bradycardia is caused by the subject holding their breath without submerging the face within water. When breathing with face submerged this causes a diving reflex which increases proportionally to decreasing water temperature. However the greatest bradycardia effect is induced when the subject is holding breath with face submerged. 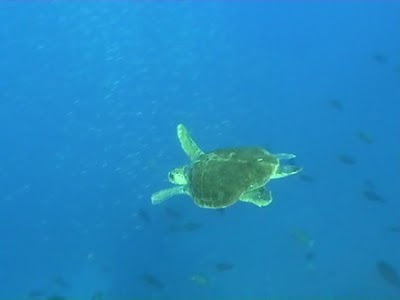 Comments will be approved before showing up.

Have a look at the New Spierre Ocean Lycra Suits designed to compliment your Spierre fin blades or just to be worn on their own for your ocean adventures.

Freediving Diaries will be coming to South African TV screens!

Each episode showcases amazing people at the forefront of protecting our coasts and oceans. The mission is to inspire viewers to connect to the magic of the underwater world.